Sherlock Holmes is one of the classic characters of literature, and as such, has had his adventures turned into TV and movies, so people can share his adventures without all that pesky reading.

Over at The Leaky Wiki, I’ve uncovered the long term plans for the character:
Every Actor in The World to Play Sherlock Holmes and Doctor Watson

I’ve set out to read a minimum of 52 books this year, and write a brief review of each. I’ve reached a point that I didn’t think I’d reach this early – I’m justifying my selection by saying that it is technically a book.

Although I’m reading from The Complete Adventures of Sherlock Holmes, The Valley of Fear was originally published as a standalone novel. So, I’m going to count it as such, even if it is just over a hundred pages long.

END_OF_DOCUMENT_TOKEN_TO_BE_REPLACED 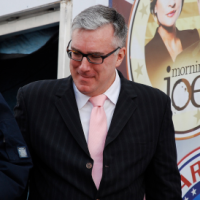