Black Panther is both a commercial and critical success, currently sitting at the top of the US weekly movie charts, and set to become the most financially successful Marvel Cinematic Universe movie. I’d argue that Black Panther sits alongside Star Trek, Star Wars, Battlestar Galactica and the Culture novels as a great example of middlebrow science fiction – accessible and fun but smart enough that it offers more than just spectacle. Here are the reasons why.

Imagine if, during the 1940s, the resource-rich America decided to double-down on their isolationist policy rather than enter World War Two. Imagine if, rather than becoming a nation of ever greater inequality and wasted talents, America invested in it’s people’s talents. Imagine all of this happened in a resource-rich nation in Africa. That’s essentially the history of Wakanda.

Alternate histories have been a big part of modern science fiction. The Man in the High Castle and SSGB imagine a world in which the Nazis won, while writers such as Harry Turtledove and Kim Newman have built careers specialising in ‘what if’ novels. By creating a world which is like our own but different, storytellers are able to depict the familiar from an odd angle, hopefully bringing freshness to old debates.

Black Panther is a film about colonialism. As a nation Wakanda have hidden themselves away to avoid both the colonialism of empires and the modern colonialism that Everett Ross and Eric ‘Killmonger’ Stevens put into practice for the CIA. The film centres on Killmonger’s plan to seize control of Wakanda, in order to wage a war of colonialism to aid the oppressed black diaspora around the world. Debates about the morality of colonialism aren’t new – the British Empire’s looting of African resources (referenced in the London museum scene) was justified with the idea that Britain was generously bringing civilisation in place of backwardness. Killmonger states that the “sun will never set on the Wakandan empire”, repurposing a famous quote about the size of the British Empire at its peak. Ulysses Klaue, despite being one of the few non-Wakandans to know of their true technological ability, refers to the nation as “savages” several times – an obviously ludicrous statement in light of Wakandan achievements. (Though perhaps it’s not any more ludicrous than real-life claims of African backwardness, given the achievements of the Egyptian pharoahs.) Fiction that engages with the morality of colonialism tends to have Africans in a place of weakness, still needing the help of westerners, because of an unequal power dynamic than western nations have put Africa into. Instead, by having Killmonger aim to wage a war of imperial conquest, the same questions can be asked, but with the power dynamic reversed.

In short, Black Panther is a film that engages with discussions around the morality of colonialism and non-interference while coming from an angle that prevents the film feeling stale.

Science fiction great Arthur C. Clarke once wrote that “science fiction is the only genuine consciousness-expanding drug.” Scifi, at its strongest, has this tendency to upend expectations, to either introduce something wholly new, or subvert what the viewer expects.

In the first Sherlock Holmes story (and in Elementary, the BBC’s Sherlock, and many other adaptations) the reader/audience meet Doctor Watson first, and build a sympathy with this character before meeting Holmes. There isn’t the same opportunity afforded to Sherlock‘s Lestrade, or the host of other police detectives in various adaptations. As a result the reader/audience tends to sympathise with Watson, while Lestrade and his fellow officers appear foolish to the reader for being so far behind Holmes. The use of perspective is powerful. Because of the story’s perspective, the reader is encouraged to sympathise with Watson but not with Lestrade – these are Holmes’ and Watson’s stories, rather than Lestrade’s.

As other commentators have pointed out, a more traditional version of the story in Black Panther could have begun with Everett Ross as the focus, and have the audience encounter Wakanda for the first time as he does, having the CIA agent act as the audience stand-in. (Given that Martin Freeman is probably the world’s premier ‘everyman in over his head’ thanks to his roles in The Office, Sherlock and The Hobbit, he was probably cast as Everett Ross with this in mind.) But rather than embracing this archetype, Black Panther subverts it. Everett Ross’ first appearance in the film is about half an hour in, when the audience have had a chance to understand Wakandan culture, and the key characters. As a result the audience’s impression of Ross is more Lestrade than Watson, with Ross’ reactions are almost played for comic relief, behind both the other major characters and the audience in his understanding. This is a film about black characters, black excellence, black points of view.

In his 1999 run as writer on Black Panther, Christopher Priest made Everett Ross the narratorial figure of the story. In talking about his decision he has said that “comics are traditionally created by white males for white males. I figured, and I believe rightly, that for Black Panther to succeed, it needed a white male at the center”.
The fact that Priest felt that this story about black Africans needed to be told from a white American perspective in order to succeed underlines what a bold decision it was to encourage the audience to sympathise with the Wakandans to the point of mocking the Everett Ross.

It Connects the Past to the Future

Depictions of Africa in modern and future-set fiction tend to gloss over how their history makes them different from other nations. Even in Star Trek Ben Sisko’s African heritage was mostly in the background, while was very little mention of how Uhura’s childhood as a 23rd century African influenced her character. It’s rare for a mainstream depiction of African culture to achieve what Black Panther did – depicting a futuristic Africa while drawing on existing African cultures.

Take for example the scar tattoos Killmonger has on his chest, and the lip plates worn by one of the major tribes. As a white westerner I don’t think I’ve seen lip plates used as anything other than a joke in western fiction, so it was one of the minor pleasant surprises to see so many Wakandans wear them. Similarly I wasn’t aware of the history of Basotho blankets, which are used as one of the defining visual traits of one side of Wakanda’s brief civil war. Wakanda is in it’s own way a vibrant, multicultural nation, drawing on the various traditions of Africa.

It Empowers the Downtrodden
In the past week a Scottish politician accused a Muslim opponent of “hiding under a burqa” by supposedly not addressing his official duties. Similarly, the half-Ghanian news reporter Afua Hirsch has written about her childhood experience of being told not to enter a boutique because “it’s off-putting to other customers”.
These small acts of discrimination, delivered in great enough numbers, will naturally have a cumulative effect. Hirsch also wrote that, before visiting Accra in 1995 aged 14 “I don’t think I had realised that there was a world in which black people could be in charge.”

Whoopi Goldberg and Mae Jemison (the first black woman in space) have both spoken about the way Star Trek‘s Uhura inspired them as young girls, and that kind of excitement has been evident in the reactions to Black Panther.
It’s impossible to say yet how big the legacy of Black Panther will be, but it seems that many audiences were amazed in the same way that those two young black American girls were. Black Panther could be a breakthrough in a culture where even the leads in intergalactic scifi epics like Star Trek and Doctor Who tend to have appearances and accents that place them as being from America or Britain. Particularly for young people, it can be powerful to see someone like themselves treated with respect and behaving intelligently, nobly, skilfully.

It Sets a Standard to Aspire To

The problem with idealising real life people is that real people tend to be complicated, and morally troublesome. In Britain there’s a strong tendency to celebrate Winston Churchill’s role in World War Two, to the extent that the recent Gary Oldman film, Darkest Hour had no appeal to me – its a story I feel like I’ve heard many times before. By contrast we tend to gloss over his darker side – using troops against striking workers in Wales, Liverpool and Glasgow; worsening a famine in Bengal. The same is true with Gandhi and his behaviour towards women.

Plenty of people refuse to accept these complexities of course, seeming to prefer an uncritical celebration to a complex examination of a complicated person. Fiction allows us that option, giving us the ability to admire Princess Leia or Jean-Luc Picard in a less problematic context. There are still relatively few strong, wise black leaders who have a prominent place in pop culture. Star Trek‘s Ben Sisko is one example, as is Law and Order‘s Anita van Buren. Although he probably doesn’t have one truly iconic role, Morgan Freeman has repeatedly returned to that archetype. T’Challa is a major addition to that category.

The argument that Africa continues to suffer from the effects of colonialism is not a new one. For centuries European empires stripped Africa of its resources and enslaved its people. Academics argue that through the ‘neocolonial’ tactics such as using foreign aid to enforce lopsided trade deals, this power imbalance continues to the modern day. What would an Africa without colonisation look like? My understanding is that Ethiopia is the only African nation never to have been colonised, so it’s difficult to judge the entirety of unrealised African potential based on one case study.

Lupita Nyongo has argued that Wakanda is what an Africa free of colonialism would look like, which is a little fanciful as few nations are as well-ran and forward looking as Wakanda. Still, it’s useful to have cultural touchstones representing big, abstract ideas. Star Trek‘s Federation is a commonly understood representation of what a better future might look like, allowing discussions around the viability of techno-utopian futures. Similarly, Wakanda can be used to discuss a future in which Africa stands strong, able to resist the pressures of imperialism. It can also be a way to facilitate discussion of other questions. What if, rather than being seen as a place needing charity, Africa was home to one of the world’s major superpowers? Does Wakanda have a moral duty to try to help Africa and Africans outside of their borders? And if so, does this apply to Humanity as a whole?

It Leaves Room for Debate

Killmonger is an interesting villain because a large proportion of his plan and motivation makes sense. As a member of the international black community he’s furious at being left to suffer while the world’s most advanced nation sat back and did nothing. Even though he takes a heel turn into melodramatic villainy by burning the plants that would allow a successor to take the Black Panther’s strength, many viewers have taken his side. A running line of debate throughout the film is Nakia’s belief that Wakanda should do more to fight injustice outside of the country’s borders – the film opens with her infiltrating a group of captive women, in what appears to be a reference to Boko Haram.
Should real countries be isolationist or use their strength abroad? And how do they make sure to keep their idealism pure (as Nakia does) and not succumb to the attraction of building an empire?

Black Panther is escapist fun first and foremost – a film of colourful battles and witty one-liners. But like all truly great pop culture, it has enough substance beneath the shine to make a lasting impact. 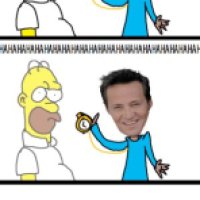 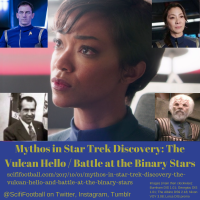