During the week, the latest Lower League Week was published at Bornoffside.net.

Portsmouth were taken over by their fans, but, along with Bury and Hartlepool, were relegated from League One with two games to play. Yeovil vs Oldham saw father and son managers on the touchline; Torquay’s new chairman is a lottery winner, and the country’s highest positioned female chairman; Danny Wilson was sacked by Sheffield United; and Coventry have outdone themselves in their battle over the Ricoh Arena. 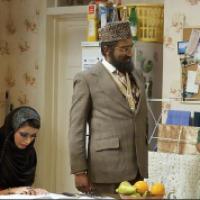